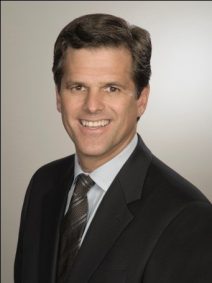 HLS Event: What will it take to bring our country back together again?

About the event:
In an age of anxiety, anger, and demonization, is there an alternative?  Many Americans lament the state of their country at this time but do not know how to change it.  Tim Shriver will share his ideas, challenge us to help make a difference, and show how becoming a “uniter” is possible.

About the Speaker:
Timothy P. Shriver, Ph.D. is the long-time Chairman of Special Olympics, best-selling author, founding force of the social and emotional learning (SEL) movement, film producer, husband, and father. In 2018, he began asking new questions – how could the SEL teaching skills like empathy and self-awareness help the country? How could the example of the athletes of Special Olympics provide a model for a divided world? Hundreds of young people, faith leaders, educators, philosophers, scientists, activists and political figures have joined the conversation. Together, they came to the conclusion that in spite of the divides, the world is hungry for ideas that unite. Thus, they founded UNITE, the collective for common purpose – crossing divides to address problems that can only be solved together. As the launch of UNITE neared, Covid-19 became a pandemic, and suddenly humanity’s interdependence and need for connection became the leading themes of human events. Seeing the need, the group agreed to start its work early, and The Call to Unite became project one.

Shriver has harnessed the power of Hollywood to challenge unconscious bias and share stories of inspiration, executive producing several films including Amistad, The Loretta Claiborne Story, The Ringer, Front of the Class, and The Peanut Butter Falcon.

Shriver earned his undergraduate degree from Yale University, a Master’s degree from Catholic University, and a Doctorate in Education from the University of Connecticut. Before joining Special Olympics in 1996, Shriver co-founded and currently chairs the Collaborative for Academic, Social, and Emotional Learning (CASEL), the leading school reform organization in the field of social and emotional learning (SEL).