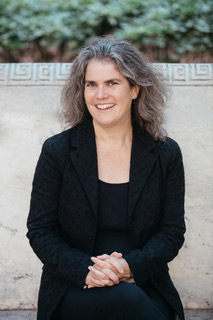 Join us for a fascinating talk about our understanding of the Milky Way, presented by Dr. Andrea Ghez, the 2020 Physics Nobel Prize winner and director of the UCLA Galactic Center Group.

Through the capture and analysis of twenty years of high-resolution imaging, the UCLA Galactic Center Group has moved the case for a supermassive black hole at the center of our galaxy from a possibility to a certainty and provided the best evidence to date for the existence of these truly exotic objects.  These measurements have provided new insights on how gravity works in extreme circumstances, how black holes grow and the role that they play in regulating the growth of their host galaxies.

Andrea Ghez is one of the world’s leading experts in observational astrophysics and heads UCLA’s Galactic Center Group. She has received numerous honors and awards, including the 2020 Nobel Prize in Physics along with Reinhard Genzel and Roger Penrose. Dr. Ghez is the fourth woman to have received the physics award, and she is committed to the communication of science to the general public as well as inspiring young girls into science.

About the Myron Kayton Science Pub Series:
The Science Pub series is named after former Club president Myron Kayton ’56, who was a regular attendee of the pub talks and had a deep commitment to science, having served as Deputy Manager for Lunar Module Guidance and Control at NASA’s Johnson Space Center in the 1960s.

This event was made possible with the generous help of Phi Beta Kappa Alumni in Southern California; the Alumnae/i Network for Harvard Women; Carnegie Observatories; as well our longtime collaborator, the M.I.T. Alumni Association in Los Angeles.