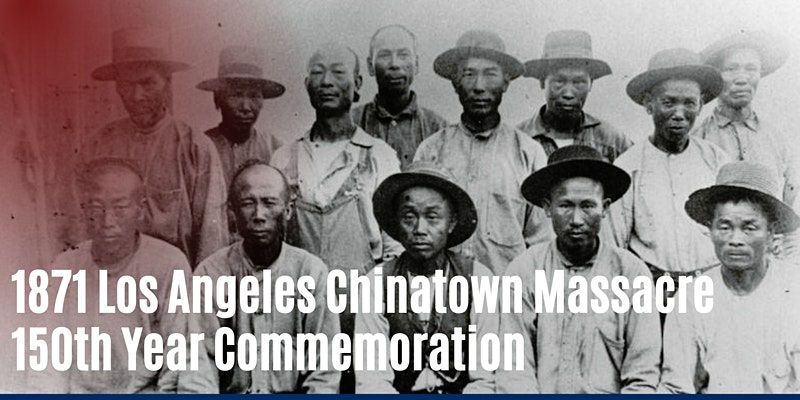 The Los Angeles Chinatown Massacre of 1871 was the worst mass-lynching in California history. It kicked off a decade of rampant Anti-Asian violence and legislation including the Chinese Exclusion Act, even as Chinese immigrants were hard at work building the infrastructure of California’s future. Despite its severity and importance, this chapter of history remains largely unknown.

The commemoration program will be livestreamed for the public at the UCLA Asian American Studies Center Facebook/YouTube channel and on the Chinese American Museum You Tube channel. The musical program will feature the cast and crew of the podcast drama Blood on Gold Mountain (2021) including narrator Hao Huang with accompaniment by Psychopomp Contemporary Ensemble and original songs by The Flower Pistils. Movement artist Young-Tseng Wong will help bring the story to life, and the UCLA Chinese music ensemble will make a special appearance.