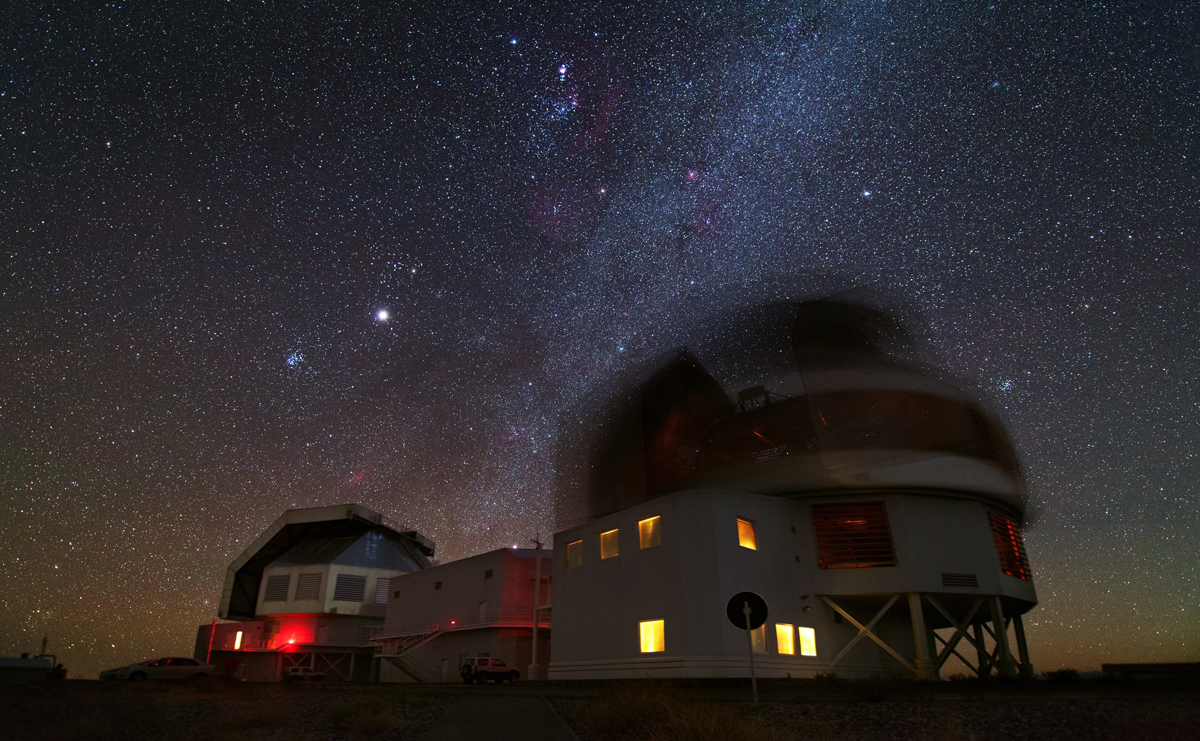 Dr. John S. Mulchaey, Director of the Carnegie Observatories, will describe recent progress on the search for life beyond our home planet.

No topic is of greater interest to today’s astronomers – and the public – than the search for evidence of life elsewhere in our solar system and far beyond.  Over the past decade, and especially in the last few years, a series of remarkable discoveries increasingly indicates that life forms must exist beyond Earth: recent observations of water geysers observed on one of Saturn’s moons and ice on Mars are just two “nearby” examples, and the trillions of galaxies in the Universe must contain other types of life as well.   Detecting the faraway evidence of life elsewhere is also one of the most complex challenges in astronomy today, involving both observational astronomers – those using telescopes for visual data – and theoretical astronomers, who deploy state-of-the-art technologies to analyze observational data and patterns.  Dr. Mulchaey’s talk will discuss both types of research underway at Carnegie Observatories, and how Carnegie astronomers and their colleagues worldwide are collaborating to address this exciting challenge.

Dr. John S. Mulchaey is Director and Crawford H. Greenewalt Chair at The Observatories of the Carnegie Institution for Science, Pasadena’s oldest scientific establishment.  Dr. Mulchaey oversees Carnegie’s campus in Pasadena as well as The Observatories’ large-telescopes facility in Las Campanas, Chile.  He is also on the board for the Giant Magellan Telescope, a next-generation telescope being designed in Pasadena. Mulchaey’s research focuses on a range of key astronomical issues, including dark matter and black holes, and he has been featured in the New York Times and Time magazine.  In addition to his research, Mulchaey is actively involved in public outreach and educational activities throughout Los Angeles. He created the annual Carnegie Observatories Astronomy Lectures, a popular series held each spring at The Huntington Library.

About the Myron Kayton Science Pub Series:
The long-running Science Pub series has been renamed for former Club president Myron Kayton ’56, who was a regular attendee of the pub talks and had a deep commitment to science, having served as Deputy Manager for Lunar Module Guidance and Control at NASA’s Johnson Space Center in the 1960s.