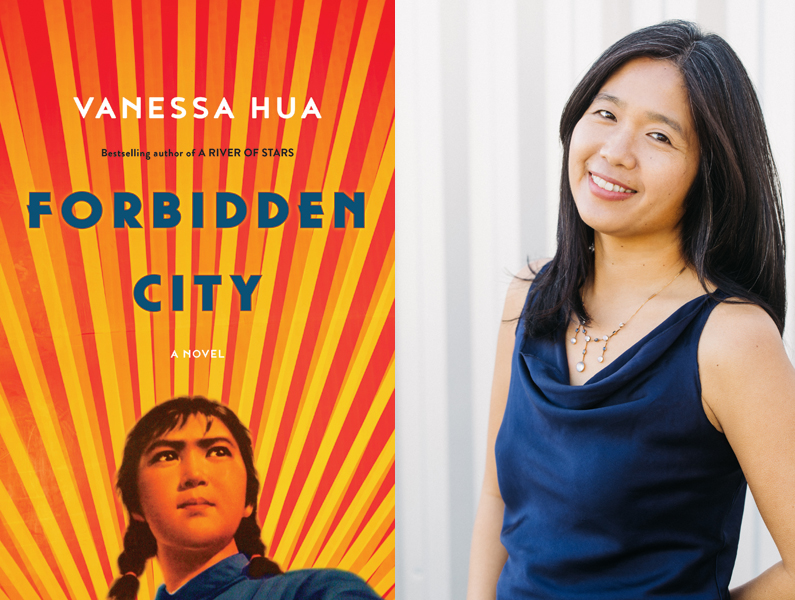 Join fellow alumni for a Book Discussion and Q&A with bestselling author Vanessa Hua for her new book Forbidden City.

Forbidden City by Vanessa Hua
A teenage girl living in 1960s China becomes Mao Zedong's protégée and lover--and a poster child for the Cultural Revolution--in this provocative, poignant novel from the bestselling author of A River of Stars

On the eve of China's Cultural Revolution and her sixteenth birthday, Mei dreams of becoming a model revolutionary. When the Communist Party recruits girls for a mysterious duty in the capital, she seizes the opportunity to escape her impoverished village. It is only when Mei arrives at the Chairman’s opulent residence—a forbidden city unto itself—that she learns that the girls’ job is to dance with the Party elites. Ambitious and whip-smart. Mei makes a beeline toward the Chairman.

Mei gradually separates from the other recruits to become the Chairman’s confidante—and paramour. As he fends off political rivals, Mei faces down schemers from the dance troupe who will stop at nothing to take her place, as well as the Chairman’s imperious wife, who has schemes of her own. When the Chairman finally gives Mei a political mission, she seizes it with fervor, but the brutality of this latest stage of the revolution makes her begin to doubt all the certainties she has held so dear.

Forbidden City is an epic yet intimate portrayal of one of the world's most powerful and least understood leaders during the most turbulent period of modern Chinese history. Mei's harrowing journey toward truth and disillusionment raises questions about power, manipulation, and belief, as seen through the eyes of a passionate teenage girl.

Vanessa Hua (Stanford '97) is an award-winning columnist for the San Francisco Chronicle and the author of the national bestseller A River of Stars, as well as Deceit and Other Possibilities, winner of the Asian/Pacific American Award for Literature, and the forthcoming Forbidden City. A National Endowment for the Arts Literature Fellow, she has also received a Rona Jaffe Foundation Writers’ Award, and a Steinbeck Fellowship in Creative Writing, as well as honors from the Society of Professional Journalists and the Asian American Journalists Association. She has filed stories from China, Burma, South Korea, Panama, and Ecuador, and her work has appeared in publications including the New York Times, Washington Post, and The Atlantic. She has taught, most recently, at the Warren Wilson MFA Program for Writers and the Sewanee Writers’ Conference. The daughter of Chinese immigrants, she lives in the San Francisco Bay Area with her family.

Schedule:
2:00-2:30pm Q&A with the author over Zoom
2:30-3:00pm Book discussion with alums at private residence (if pandemic conditions allow)