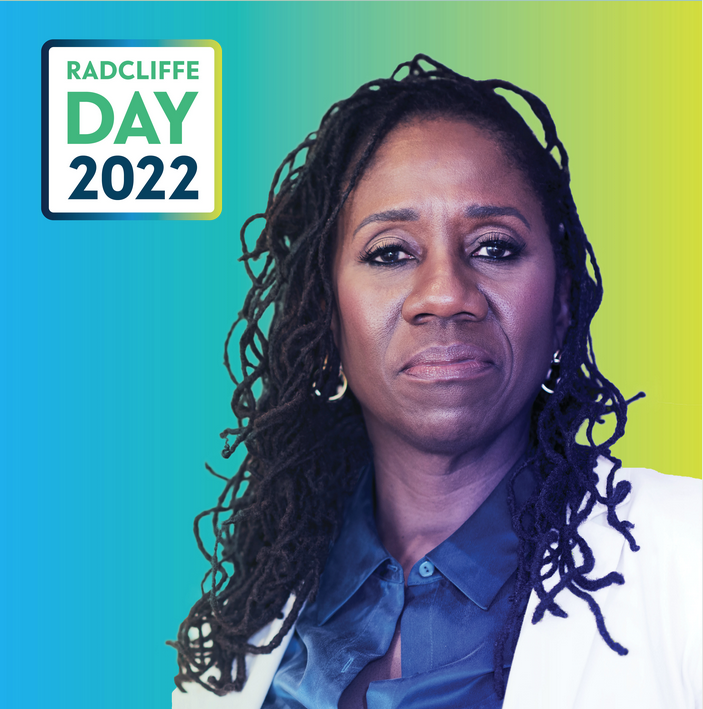 LDF was founded in 1940 by the legendary civil rights lawyer Thurgood Marshall and became a separate organization from the NAACP in 1957. Lawyers at the Legal Defense Fund developed and executed the legal strategy that led to the Supreme Court’s decision in Brown v. Board of Education. Ifill is the second woman to lead the organization.

She began her career as a fellow at the American Civil Liberties Union before joining the staff of LDF as assistant counsel in 1988, litigating voting rights cases for five years. In 1993, Ifill left LDF to join the faculty at University of Maryland School of Law, in Baltimore. For more than 20 years, Ifill taught civil procedure and constitutional law to thousands of law students and pioneered a series of law clinics, including one of the earliest law clinics in the country that challenged legal barriers to the reentry of ex-offenders.

A prolific scholar who has published in leading law journals and newspapers, Ifill is also the author of On the Courthouse Lawn: Confronting the Legacy of Lynching in the 21st Century (Beacon Press, 2007), which was highly acclaimed and is credited with laying the foundation for contemporary conversations about lynching and reconciliation.

In 2013, Ifill was invited back to the Legal Defense Fund—this time to lead the organization as its seventh director-counsel. In that role, Ifill has increased the visibility and engagement of the organization in litigating cutting-edge and urgent civil rights issues and elevating the organization’s decades-long leadership fighting voter suppression, inequity in education, and racial discrimination in the criminal justice system.

Ifill graduated from Vassar College in 1984 with a BA in English and earned her JD from New York University School of Law in 1987. She is a recipient of numerous honorary doctoral degrees and awards. In 2019, Ifill was inducted into the American Academy of Arts & Sciences. She was named a 2020 Attorney of the Year by the American Lawyer and was among Glamour’s 2020 Women of the Year. In 2021, Ifill was appointed to the Presidential Commission on the Supreme Court of the United States. She serves on the boards of the Baltimore Museum of Art, the Learning Policy Institute, and the New York University School of Law and on the committee of the John F. Kennedy Profile in Courage Award.

Register
Register to attend in person or online. (Please note that our in-person ticket price is $75.)

HIGHER EDUCATION ACCESS AND THE AMERICAN WORKFORCE
Access to higher education—from associate programs at community colleges to doctoral degrees offered by large universities—can be a powerful force for individual empowerment, social mobility, and equity. And so it has been for many graduates. Yet this potential has never been available to all Americans, and today we are increasingly aware of the ways in which our post-secondary education system still falls short of our highest aspirations, leaving some students behind and even reinforcing longstanding inequities. This expert panel, moderated by Raj Chetty, will envision bold new ways forward while engaging the critical question of how to build an educational system that is accessible and equitable and that enables students of all backgrounds, interests, and abilities to secure stable livelihoods as members of a changing workforce.

RADCLIFFE MEDAL CEREMONY
Our afternoon program includes a special message from Bryan Stevenson, the founder and executive director of the Equal Justice Initiative; a keynote conversation between the 2022 Radcliffe Medalist Sherrilyn Ifill and Martha Minow; and the formal award presentation by Tomiko Brown-Nagin. 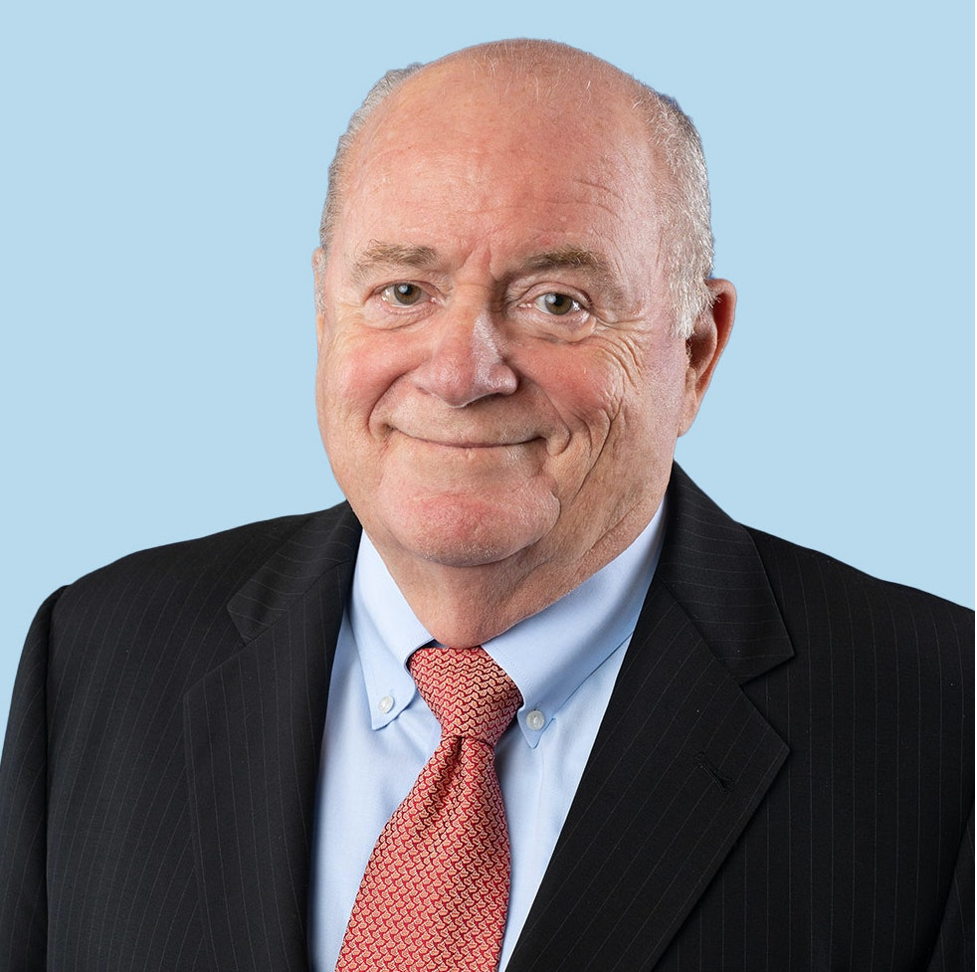 Anthony P. Carnevale currently serves as research professor and director of the Georgetown University Center on Education and the Workforce, a position he has held since the center’s founding in 2008. Between 1996 and 2006, Carnevale served as vice president for public leadership at the Educational Testing Service (ETS). During that time, he was appointed by President George Bush to serve on the White House Commission on Technology and Adult Education. Between 1983 and 1993, Carnevale was the founder and president of the Institute for Workplace Learning (IWL), working directly with private companies to develop innovative work and training systems. Prior to founding IWL, Carnevale served as director of political and government affairs for the American Federation of State, County and Municipal Employees (AFSCME), the largest union in the AFL–CIO. Carnevale received the 2013 Harry S. Truman Award from the American Association of Community Colleges and the 2009 Morris T. Keeton Award from the Council for Adult and Experiential Learning. He received his BA from Colby College and his PhD in public finance economics from the Maxwell School at Syracuse University. 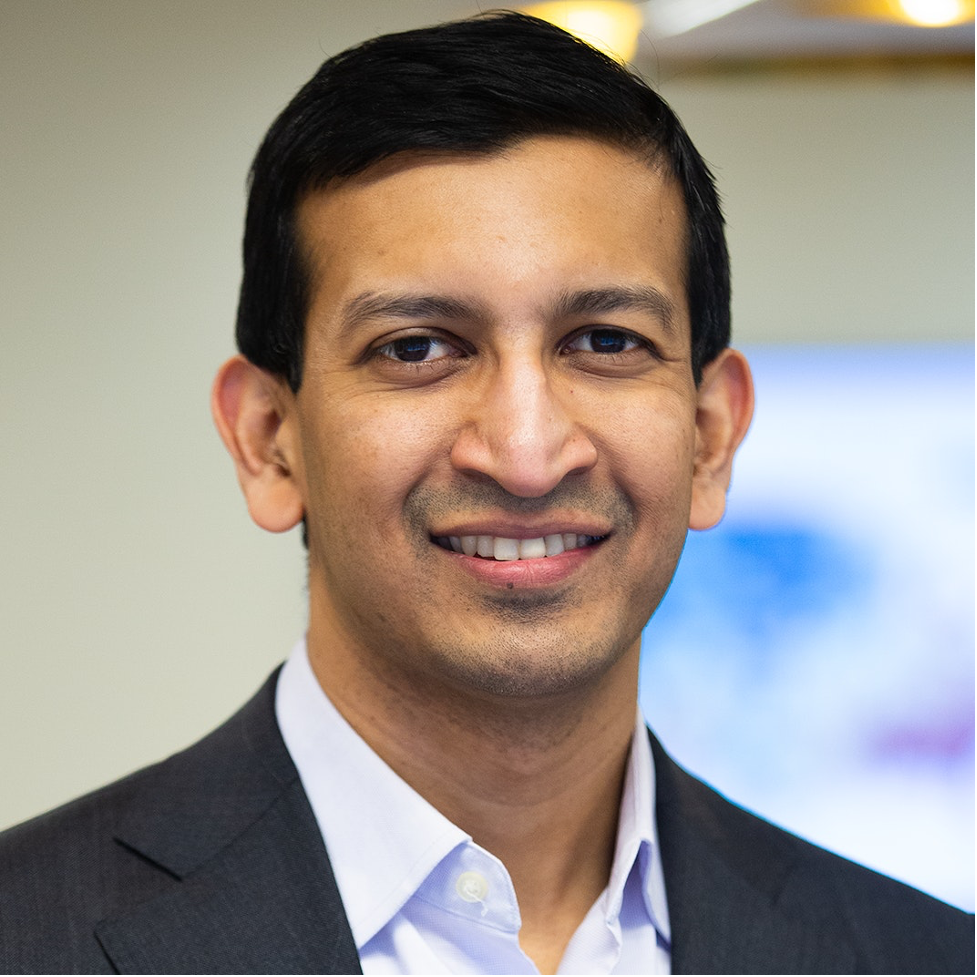 Raj Chetty '00 PhD '03 is the William A. Ackman Professor of Public Economics at Harvard University. He is also the director of Opportunity Insights, which uses big data to understand how to give children from disadvantaged backgrounds better chances of success. Chetty’s research combines empirical evidence and economic theory to help design more effective government policies. He was awarded a 2012 MacArthur Fellowship and the 2013 John Bates Clark Medal, given to the economist under 40 whose work made the most significant contribution to the field. Chetty received his PhD from Harvard University in 2003 and is one of the youngest tenured professors in Harvard’s history. He was also a professor at the University of California, Berkeley, and Stanford University. 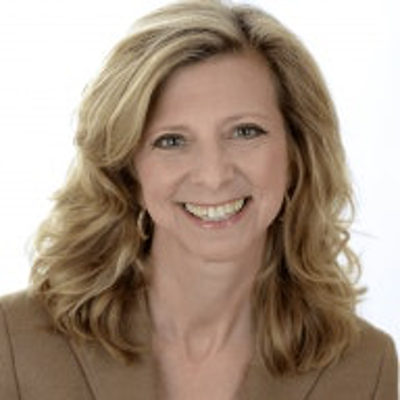 Leslie Cornfeld '81, JD '85, founder and CEO of the National Education Equity Lab, is a former senior Obama administration official and two-term advisor to former New York City Mayor Michael Bloomberg. She has served as a federal civil rights prosecutor, has taught at the Harvard Kennedy School, and started her career in Washington, DC, as an aide to the late US Senator Daniel Patrick Moynihan. Cornfeld graduated from Harvard College, where she was a member of Phi Beta Kappa, and Harvard Law School. She attributes her career path to her high school English teacher who remains the most inspiring teacher she ever had. 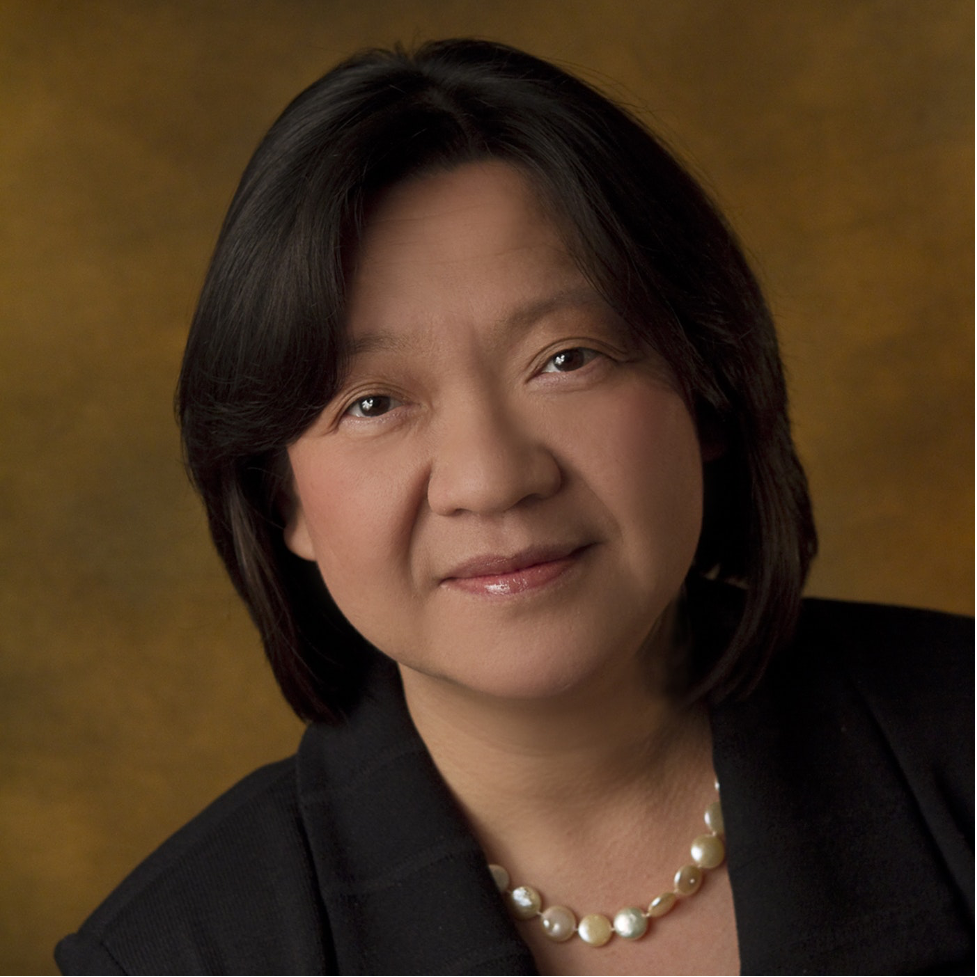 Pam Eddinger is president of Bunker Hill Community College (BHCC), in Boston, the largest of 15 community colleges in Massachusetts, where she has served since 2013. She previously served as president of Moorpark College, in southern California. Eddinger’s service in the community college movement spans more than 25 years, with senior posts in academics and student affairs, communications and policy, and executive leadership, and she is a current board member of the Institute for College Access & Success. She was honored in 2016 by the Obama White House as a Champion of Change and was recently appointed by US Secretary of Labor Martin Walsh to serve as chair of the national Advisory Committee on Apprenticeship. Eddinger earned her bachelor’s degree in English from Barnard College and her master’s and doctorate in Japanese literature from Columbia University. 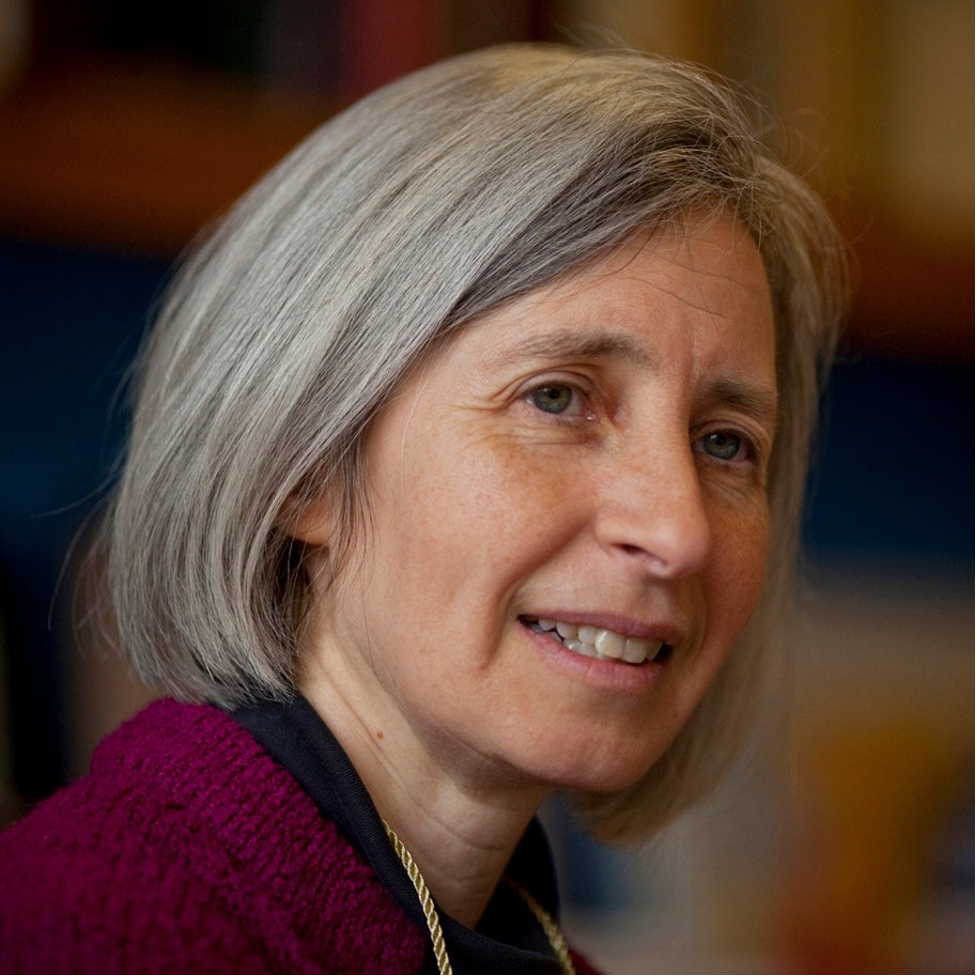 Martha Minow EdM '76, RI '18 is the 300th Anniversary University Professor and a former dean of Harvard Law School. She is the author, most recently, of Saving the News: Why the Constitution Calls for Government Action to Preserve Freedom of Speech. Minow’s other books include When Should Law Forgive?, In Brown’s Wake: Legacies of America’s Constitutional Landmark, and Just Schools: Pursuing Equality in Societies of Difference. Through her five-year partnership with the federal Department of Education and the Center for Applied Special Technology, she worked to increase access to curriculum for students with disabilities and resulted in both legislative initiatives and a voluntary national standard for opening access to curricular materials for individuals with disabilities. She is also a member of the Presidential Committee on Harvard and the Legacy of Slavery and the committee chair for the John F. Kennedy Profile in Courage Award. Minow received her AB from the University of Michigan, EdM from the Harvard Graduate School of Education, JD from Yale University, and holds nine honorary degrees. 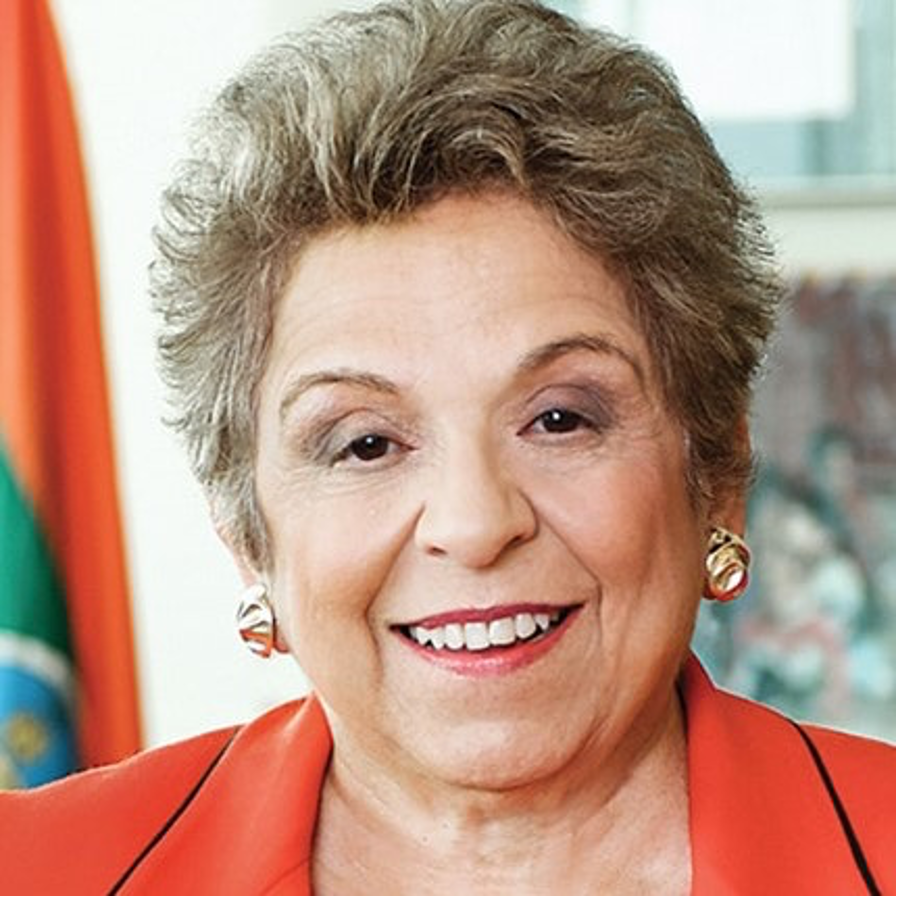 Donna Shalala is Trustee Professor of Political Science and Health Policy at the University of Miami, where she served as president from 2001 to 2015. She has also served as chancellor of the University of Wisconsin–Madison and president of Hunter College. Shalala has been elected to seven national academies, including the American Academy of Arts and Sciences, the American Philosophical Society, the National Academy of Education, and the National Academy of Medicine. She is one of the country’s first Peace Corps volunteers, and her public service also includes serving as secretary of the US Department of Health and Human Services during the Clinton administration. In 2008, George W. Bush awarded her the Presidential Medal of Freedom, the nation’s highest civilian award. She was awarded the Radcliffe Medal in 2008 and was inducted into the National Women’s Hall of Fame in 2011. Shalala received her AB from Western College for Women and her PhD from Syracuse University.